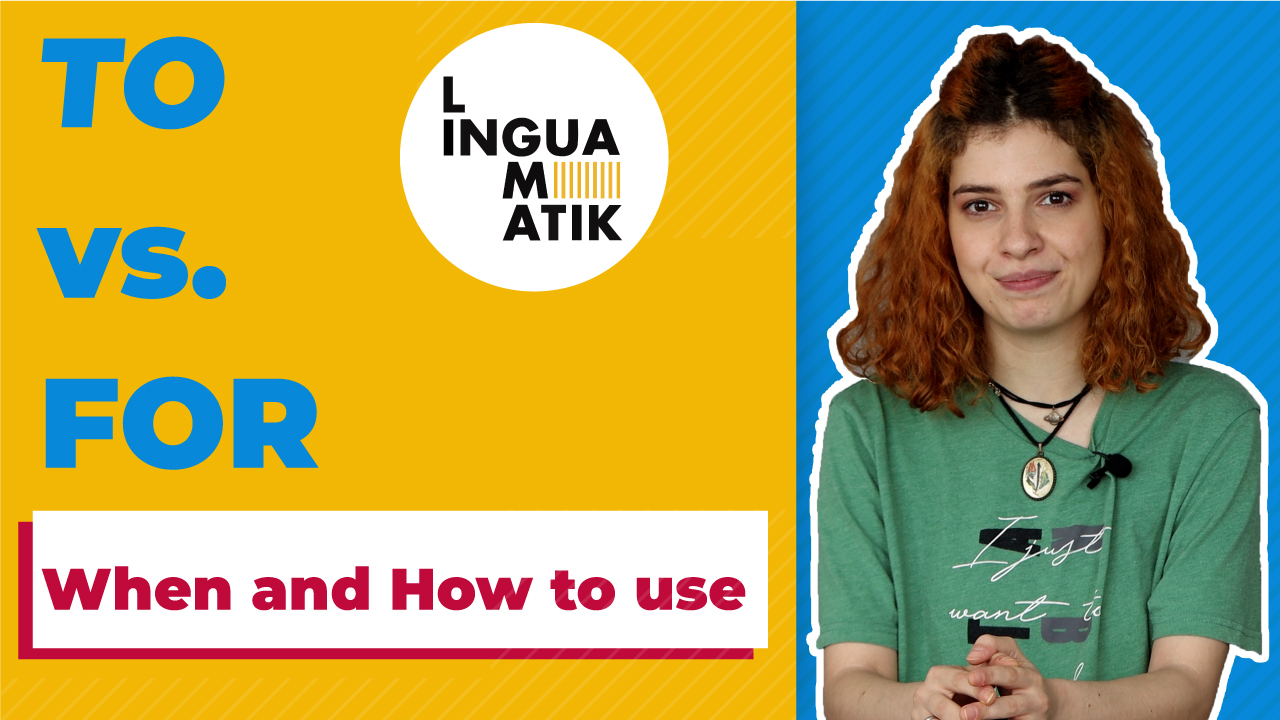 What is the difference between “to” and “for”?

Hello everyone, welcome to Lingua Matik. Today, we will learn the difference between “to” and “for” and when to use either of them.

When to Use FOR

For is a preposition, and it should be followed by a noun or and –ing verb.

The poor is a noun in this case.

When to Use TO

To in the other hand has two uses: one is preposition, the other one is infinitive indicator.

When to is used as a preposition it is followed by a noun .

School is a noun so in this case to is a preposition.

When to is used as an infinitive indicator , it should be followed by a verb.

Talk is an infinitive verb so in this case to is used as infinitive indicator.

Now , look at this table, It’s gonna help you understand the cases in which we need to use to and for.

(The reason why I did the exercises was to help my friend – verb in infinitive.

(The reason why I did the exercises for my friend was because my friend probably did not know how to do them, but it could also have been “for fun”, “for practising” – a noun)

For is used to talk about purpose only when it is followed by a noun.

For cannot be used before a verb to express a person’s purpose. Instead, we use to.

Some Expressions with TO and FOR